I have been practicing and studying Theravadan Buddhism since 1980, and began practicing as a psychotherapist in 1989. I am a graduate of Spirit Rock Meditation Center’s Dedicated Practitioner Program and its Community Dharma Leader Program. I’ve been a teacher, social activist, businessperson, and a mindfulness-based, somatic psychotherapist working extensively with couples. As the Director of the Center for Somatic Psychotherapy in San Francisco, I trained and supervised many trainees and interns. I was also a core faculty member in JFK University’s Somatic Psychology and Holistic Health Programs.

My meditation practice began in California as a college student, when I had the good fortune to study with Jack Engler, a western psychologist who had also studied in India with Munindra and Dipa Ma and other teachers. I began attending retreats and studying with Jack Kornfield, James Baraz, Sylvia Boorstein, Sharda Rogell and other teachers in the 1980s, and continued practicing with many fine teachers at Spirit Rock Meditation Center for a few decades. Since relocating to the east coast, I have attended numerous retreats at Insight Meditation Society in Barre, Massachusetts with Joseph Goldstein, Christina Feldman and other respected teachers.

In the last several years, I spent many months in silent meditation retreats, and practiced and went on pilgrimage in India, Tibet, Nepal, Burma and Thailand. In addition to practice with revered western Vipassana teachers, I have also been significantly influenced by Dzogchen practice, the teachings of Adyashanti, and more recently the Burmese teacher Sayadaw U Tejaniya, with his emphasis on awareness and wisdom. 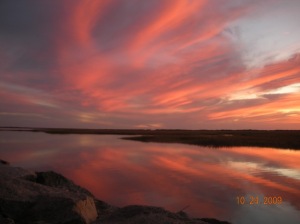 My intention with whomever I work with is to encourage a life of awakening—to help students and clients gain confidence in the capacity to drop our harmful, habitual conditioning and stories and arrive fully in loving presence. My great interest and joy is in supporting and joining people in developing sane and sustainable personal relationships, families, communities and organizations, in expressing care for all of life .

Manny’s teachings are profoundly simple, inclusive and have helped me to be with parts of myself that I’ve found difficult to face. He listens deeply, offers teachings that are relevant to daily life, and lives what he teaches. He uses wonderful quotations and poetry that speak to me and help me integrate the teachings. I appreciate that Manny offers opportunities for fellowship among students, and I find that I often feel energized during and after class. --Betty Phillips